From Recovery To Endurance

A Journey From Recovery To A life With Endurance Sports

I was back for another year of pain at the SOB 50K and this year the course did not hold anything back as it beat down on me for the entire distance. My wife and I headed up to Malibu as we did for many years, excited for the day that was ahead of us. We stood at the start line hugging each other to keep warm as the start line announcements were made. I kissed my wife and wished her luck, then it was go time. I have given you several reports about this race as I do it every year so this time I’m going to get straight into the suffering and keep it quick.

The cold did not last long and the sun came out to play strong very early. I was feeling good as I was leaving the Latigo aid station, about mile 12, and was still smiling. As I ran towards the turn around I started to realize that I was sweating a lot and might not have been fueling enough for the heat conditions I was in. I started to eat and drink more often to control the nutrition process, which I felt was a battle I was loosing already. At the turn around my legs felt tight so I stretched them out a bit and popped a few Tylenol’s. This turn around is not an aid station and it seemed like a lot of people forgot that. I gave water to two people who were banking on that aid station being there.

As I made my way back I was I could feel my body getting tired, I was definitely trained to take on the distance but was struggling in the heat and that made the climbing feel like hell. I arrived back to Latigo and the cramps were starting to get worse, I was eating more and taking in salt as often as I could. I must have eaten a little bit of everything on the aid station table. I let out a big sigh and headed back into the trail towards Coral Canyon.

I was hurting, my leg muscles were pulsing and I could not climb for the life of me. I got to the Coral Canyon and they dumped water all over me as walked to the aid station to sit. The volunteers must have known I was in pain, they brought over ice packs for my neck and legs. They fed me watermelon and gave me salt tablets. Not sure how long I stayed there but it was long enough to really think about calling it quits. I was tired and didn’t really want to suffer trying to run downhill for another seven miles. I stretched out my legs and stood up telling myself that I could do this, just take it nice and slow.

I started my decent and I totally regretted it. Even now that I write this race report I think that if I could go back I would have called it quits. The pain from trying to run down hill was horrible and I could not take the cramps. Fellow runners were giving me salt tablets and encouraging me to keep going. As I descended down to the creek about two miles from the finish line my legs completely gave out on me. I had to sit on the floor and grind my teeth as my leg muscles tightened up. The pain was really unbearable and I felt ashamed to be sitting there on the dirt clinching my legs as the runners who passed me check in on me. “I’m ok, just cramping but it will pass.” I told them trying to head the face of pain. I found a rock to sit on and called my wife. She’s never heard me complain about quitting a race but she was genuinely concerned and told me to make it passed the creek so where I can call someone to pick me up.

I crossed the creek, that cold water on my legs felt amazing. There was a park bench just on the other side where I sat again and held my phone trying not to call for a ride. I knew Alex & Paul were at the finish line, “Maybe they could pick me up?” I asked myself knowing that if I called them they would tell me to fuck off and finish the race. It was then when my friend Peter passed by and saw me at my lowest moment. He told me to keep pushing and stop every quarter-mile to rest. He walked with me a bit and took off to meet his wife who had finished the race some time ago. And so I continued just trying to walk a bit and rest some more to balance out the pain.

There was one more climb left before the finish and I found myself with a group of about five runners all in pain but pushing to the finish. We all encouraged each other and kept talking about how difficult the day had been. Just a half mile left and I called my wife to let her know that I didn’t give up just yet. I was about to finish and I couldn’t wait to see her finish. And just like that I had completed my fourth 50K Ultra in my worst time. Just to put it in perspective I the run in 9:40, I reached the turn around in 3:30 so it took me twice as long to complete the second half of the race because of all the pain.

My wife did amazing. Her time was slower than what she set out to do but had a strong race none the less. She managed her nutrition well and kept a consistent pace throughout. She raced intelligently, listened to her body and executed. I am beyond proud of her. I on the other hand raced carelessly and paid for it. The lessons one learns in racing Ultra Marathons are invaluable in life and endurance sports. I am blessed to be able to finish and will continue to better myself in the sport. 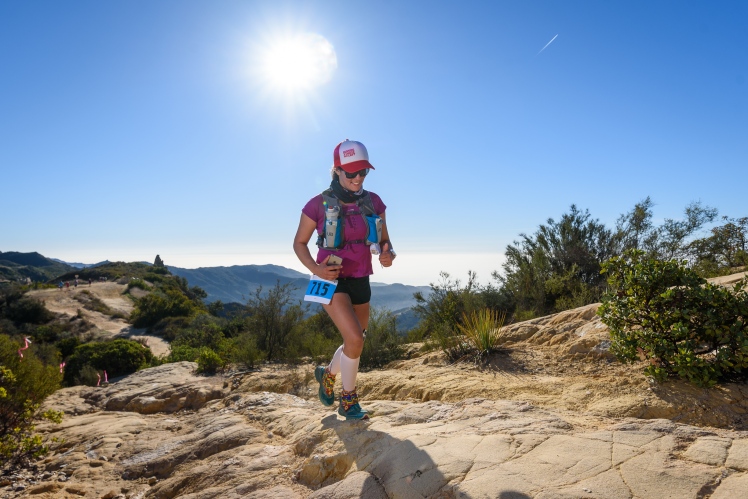 Thank you to all the runners who helped me on the course, I love the Ultra Running Community.

This site uses Akismet to reduce spam. Learn how your comment data is processed.